I finally managed to see the Benin Bronzes which are in the British Museum. These are truly magnificent, you cannot really believe the quality and artisanship which you see here, dating back from the 12th century onwards, these are truly brilliant. Each of these bronzes have a story to tell (which I dont know about nor the explanatory plaques say so). Just look at them, they are simply amazing.

Posted by Bhaskar Dasgupta at 08:12 No comments:

Its so easy to click like on facebook. Or drop a comment, gosh, I wish I could do this. I have been guilty of this. But then you come across people who actually make a difference. And when its a 9 year old girl, then you really feel bad about it all.

This is a story of a 9 year old girl called as Muskaan. I quote from this story which was sent to me by my friend.

All the books that have been provided by the Rajya Siksha Kendra are laid out on a mat, while other children residing in the slum eagerly wait for their turn to pick up one of them.
In December 2015, a team of the State Education Board visited the slum and gave the children about 25 books to share and read with the aim of creating an interest for reading among them. They also conducted a question-answer round to understand the academic level of the children and Muskaan, a student of Class 3, won the quiz. The officials were very impressed by her knowledge and zeal to learn more. And that is how they gave her the responsibility to educate other students in the area with the help of books provided by the centre. The children then received more books on Republic Day.
Muskaan, who is a one of the most intelligent children in her class, maintains a register to keep a track of the books taken by other children and when they have to be returned. Her elder sister Neha, who is a student of Class 7, helps her in this process.
“Currently, the officials have provided 119 books to the library, which is my responsibility and I love doing this. Other children in slum area take books and return them the other day. Some stay back to read here with me and ask questions where they don’t understand,” she told The Times of India.
This way, the slum children have found a place to play, listen to stories, learn, and read together. Muskaan also conducts reading and discussion sessions where she reads a book aloud, and then they discuss it. They are now planning to ask for more books because most children have read all the books in stock. Muskaan’s father Manohar Ahirwar is a carpenter and her mother Maya is a housewife. They are proud of their daughters and said that both of them are very dedicated to their studies.


Impressive, eh? So I asked Ma to see if we can help her out in any way. Ma went there day before yesterday and met her. They live in the slums, its a desperately poor place and the classes and reading happens in a dark dingy room.  They have problems to keep the books safe so Ma and I decided to donate a nice little steel cupboard with glass doors to them for them to keep the books safe from damp, insects and damage.

She is such a brave girl. 9 years old. I am seriously impressed by her motivation and dedication, there are not that many adults who can say that they have made a difference to 5 people forget about 9 year olds. Very impressed.

Here are some of the photographs which Ma clicked. 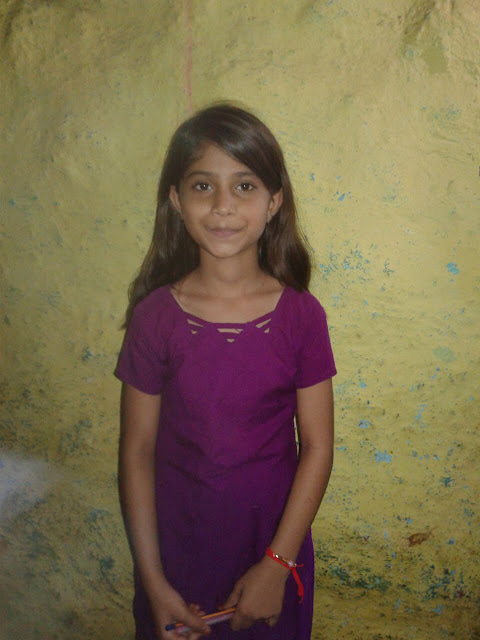 here's the brave girl herself 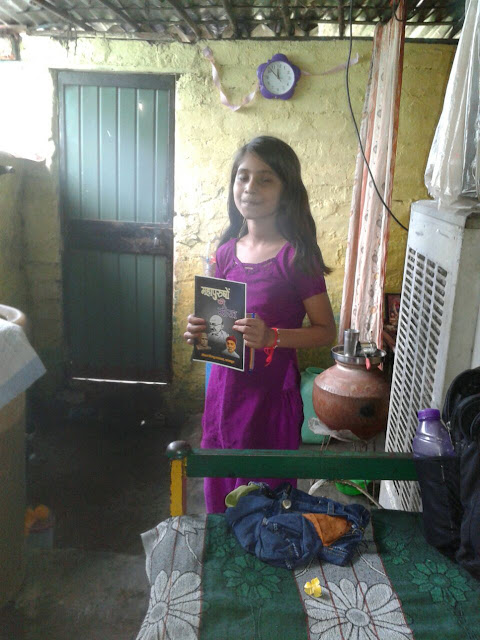 with a book in her room 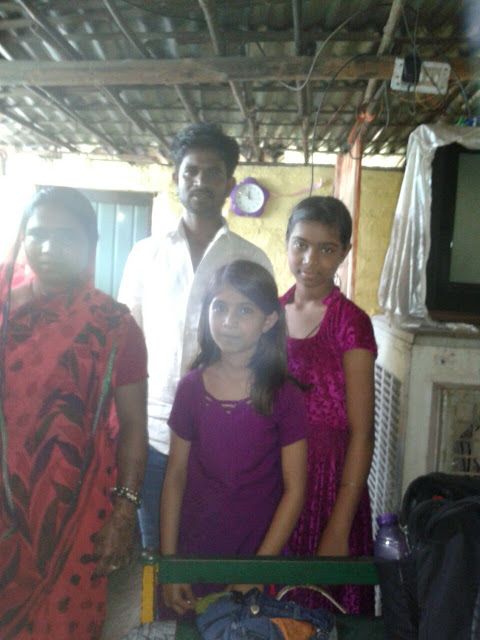 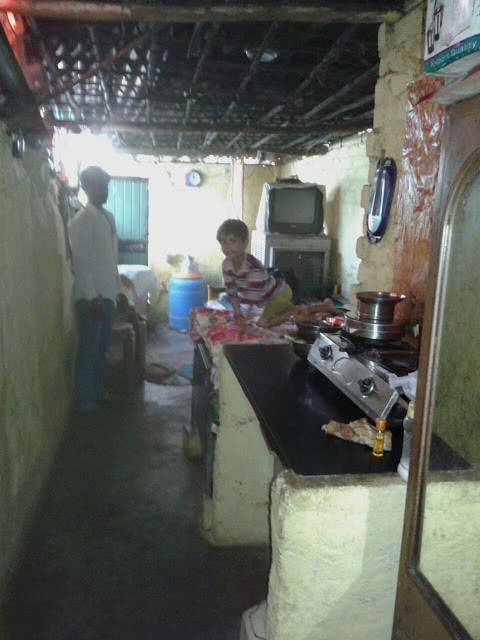 they live in a mud hut, even though they have some modcons like a tv and gas cooker, this isnt what you would expect a little girl to grow up in 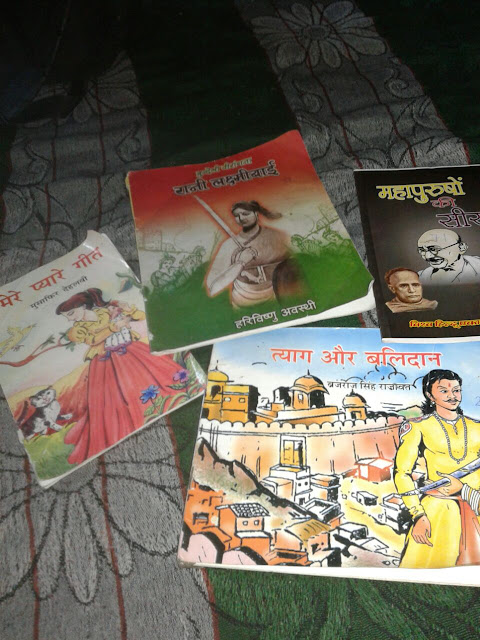 some of the books in the library 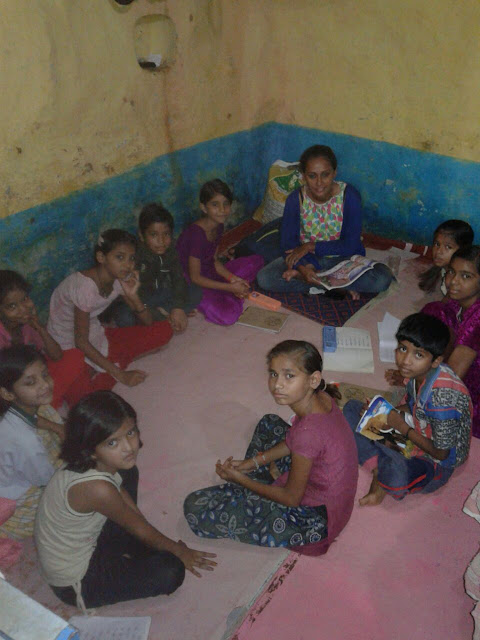 another lady comes to teach some of the other slum kids some english. 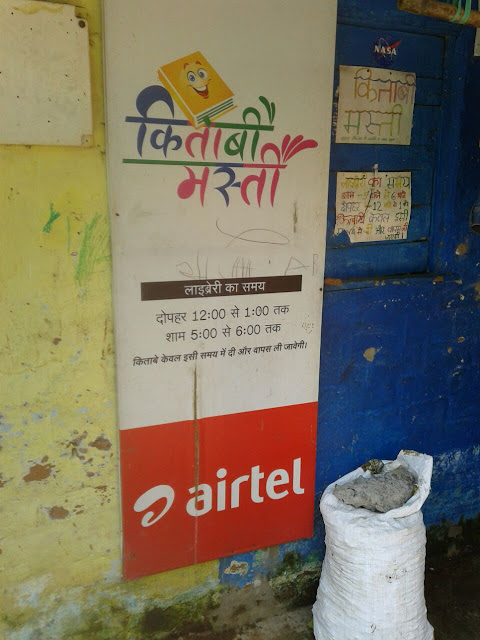 this is a throne of weapons made up of decommissioned weapons from Mozambique's civil wars in 1992. seven million weapons poured into the country. Go figure. This is one bloodstained history chair.

this is a painting celebrating the coronation of Emperor Haile Selassie in 1930 in the form of the Last Supper and the Emperor is the lion in the middle. Quite fascinating.

This is a wooden figure made by the Bongo people in Sudan dating back to the 1800's, and this is erected on top of the graves of warriors. Notches on the figures would denote the kills made by the warrior (or hunter). The wood was so reminiscent of actual muscle. I just stood there gazing at it.

This is a Minkisi made up of wood, iron, textiles and resin by the Kongo people in Congo dating back to the 1800's. So they were containers of power, and can be used to protect people or catch thieves or what have you. To activate the power, you drive a nail into it or insult them. I dont think I will insult them, just look at the face, does that look like a face which will welcome an insult?

This is a pair of door panels and lintel from the Yoruba People in Nigeria, 1910, which was carved by the Olowe of Ise for the royal palace at Ikere. It commemorates a historical event where a British Administrator popped around. Can you see the faces? The British chappie is on the hammock, you have people dressed in european hats, with luggage/gifts on their heads.

this was one creepy sculpture, made recently in 2007 in Benin, it apparently stands for Mother of Society. very bizarre.

A tree made of decommissioned weapons and ammunition. Pretty spooky.

Some masks...they dont look very happy do they?

Posted by Bhaskar Dasgupta at 07:47 No comments: