While tagging along with the family while they were out shopping in the St. Georges mall. (I am the official luggage and wallet carrier), I happened to glance up.

About 20 feet up, there are these panels on the side. Very curious, I never noticed them before. I mean, you usually don't go about noticing stuff which is way over your head like that…specially when the mall corridors are crowded and you need to watch where you are going, where your bags are going, where your squirmy little girl is off to and where your ashamedtobewithembarassingparents teenage boy is slouching off to.

First of all, the panels reminded me of the carbonite panel in Star Wars when Captain Han Solo gets frozen into this block. Anyway, the panels describe the story of how St. George defeated the dragon.

The story goes as follows:. A dragon has made its nest near a stream and for the townspeople to get water, they have to provide a human sacrifice to the dragon. Here you see on the left that the dragon has got one of the human sacrifices and then on the right, it's playing with the meal.

One day, it was the turn of a princess (who is very strangely wearing a modern mid thigh dress???!!!) who was tied up to be the dragon’s lunch. On the left panel, you can see our man, St. George, getting all excited and coming closer and closer in the right panel to rescue the princess.

There is an almighty fight between the dragon and St. George, while the princess is sitting as if she is at the dentist’s. A big battle takes place.

And then the dragon is conquered, the king is suitably grateful and then converts from being a pagan into a grateful Christian. Check out the wiki entry here, the story behind this legend is enormously fascinating.


Full slideshow.
Posted by Bhaskar Dasgupta at 22:57 No comments:

Photos: Walking on the wild side

I thought the Police should obey rules, and not walk on cycle paths :)

Goodness, there are two of them now..

Posted by Bhaskar Dasgupta at 10:44 No comments:

Email ThisBlogThis!Share to TwitterShare to FacebookShare to Pinterest
Labels: Humour

Photo: Do with some hair

I think the chap can do with some hair and not branches growing out of his head.

Posted by Bhaskar Dasgupta at 10:43 No comments:

Email ThisBlogThis!Share to TwitterShare to FacebookShare to Pinterest
Labels: Humour

Photo Essay: London on a rainy day, buildings and sights

One of the reasons why Brits have a stiff upper lip is the near constant rain and wind. And with my upper philtum suitably stiff, I went off taking some photographs of buildings and some sights in the City. The small resolution photographs don't do justice to the big tall buildings, so if you wish, please click on the photograph to go to a larger resolution. Nothing much to comment on the photographs themselves, hopefully they will stand on their own, but I will still comment away.

This was a tall glass canyon with clouds on top and wet pavements and roads on the bottom, all reflecting each other.

This is the Barbican, a dirty grey monstrosity in the middle of the city.

It almost looked like an animal with a wide open red mouth peeking out from a cage.

Now, what’s the big deal in putting in a chain and lock on a glass door? If I wanted to get in, a quick smash would have worked just as well.

It's like a Lego brick building. See the full resolution to see the impact.

Funny notice. “Window will fall outwards when fire alarm sounds”, well,I hope I am not going to be standing outside when the fire alarm goes off then.

Here’s a building which looks as if somebody has made it using building blocks. Very curious perspectives. The architecture of London is amazing, every turn brings you fascinating shapes, sizes, perspectives and shades.
Posted by Bhaskar Dasgupta at 00:29 No comments:

While waiting to meet a friend, I took these photographs of Baker Street.

Posted by Bhaskar Dasgupta at 17:47 No comments:

Posted by Bhaskar Dasgupta at 09:12 No comments:

Photos: Angles in wood and metal

Just behind the Mayor’s building in Tower Bridge area, noticed these angles. Made an interesting sight.

Posted by Bhaskar Dasgupta at 09:10 No comments:

While sipping a tea at a cafe behind the Mayor’s Building, noticed the glasses.

I have no idea where that white blob came from on the right, lol.

But the serving lady had a very interesting motto on the back, “before, during, after or instead of work”. Hmmmm, lol.

Posted by Bhaskar Dasgupta at 08:33 No comments:

Email ThisBlogThis!Share to TwitterShare to FacebookShare to Pinterest
Labels: Food and Cuisine, London

Photo: Pathways in the snow

Now I dont remember where I saw this but the snow fell in very strange patterns on the ground.

See? I can only think that either there is some kind of a warm wire buried under the ground or somebody has poured some water or grit in these patterns, but surely this is too much grit or water to be spilled? Very strange and interesting.

Posted by Bhaskar Dasgupta at 00:27 No comments:

On a dull day, I went off to take some photographs of some lesser known iconic places in London such as train stations. Where best to start other than Liverpool Street? I love trains and yes, being a train driver was one of my boyhood dreams and yes, I am a nerd still. There is something romantic about train stations, something that is evocative of emotions, people arriving and people leaving. Very very evocative and emotional indeed. I guess that is the reason why train stations are so frequently used as film locations for “major scenes”. As it so happens, Liverpool Street was used as the setting in many films as well, the one which I remember is Mission Impossible. And of course, its on the London monopoly board as well. I will be going around over the next few months and years and doing the same with Marylebone Station, Fenchurch Street Station and Kings Cross Station.

Anyway, my first sight as I was coming out of the station wasn't impressive. Interesting pair of tights, eh? But lets get to the main theme.

Here’s the entrance from Liverpool Street. There are other entrances as well, but this is the main one so to say. Well, main as in having the “taxi hanging around the place” entrance.

The railings show that the place was owned by the Great Eastern Railway way back in 1874. Pretty neat, eh?

The architecture is suitably impressive.

And not just bricks and mortar, even on the ironmongery. Very detailed work.

The concourse. This is where the flash mobs congregate. Here’s a commercial which was filmed here. 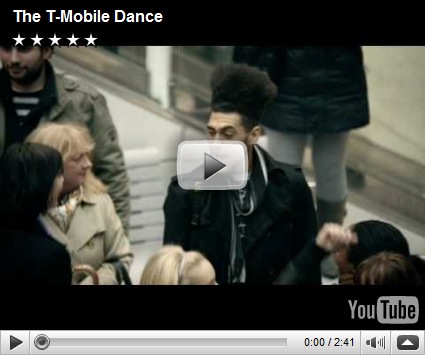 Check out the freeze flash mob example here. Tons of other videos here. Its a good place to do this as you have a large enough space for the mobs to congregate, good transport links and then a walk way around the space to film and observe.

A reverse angle view of the concourse. You can see the entrance to the underground in the far end.

The walkway around the station.

From the ground floor. The full slide show with slightly bigger resolution is here.

Posted by Bhaskar Dasgupta at 23:14 No comments:

Photo: What a job

You think he will be able to peek down the dress of the lady at the bottom? :)

Posted by Bhaskar Dasgupta at 23:01 No comments:

In Harrow on the Hill, we have this lovely brick building. Very warm.

Posted by Bhaskar Dasgupta at 09:51 No comments: