After walking around the Zocalo, I landed next to the Cathedral. It is an awesome building, see here for its history. A Gothic structure modelled after several structures then extant in Spain. The building was constructed over an awesome period from 1593 to 1813 AD. Now that’s one seriously long construction period.

Its a magnificent double set of buildings, the one on the left is the Tabernacle to house the archives and vestments of the Archbishop.

The facade is made of a volcanic rock and covered by statues and images of Biblical people, apostles, etc. Quite an impressive and rich facade, eh?

The statues on the top are covered by these anti pigeon nets.

A lonely figure stands guard over the Eastern side of the Tabernacle. But enough of this, we will move to the Cathedral and come back to the Tabernacle later on.

The eastern bell tower, there are zillions of those bells there..interesting story here, one bell ringer was killed by a bell (strange one, that..) and because of this, the bell’s clapper was removed in punishment for over many decades, only restored few years back…fascinating.

The main facade has these 3 lovely panels in front of it. The main panel shows the ship of the church sailing with the 4 Apostles and St. Peter at the helm. Rather interesting imagery in what appears to be Marble. Where did they get this stone?

Some of the detail work can do with a spot of weeding..

The coat of arms of Mexico can be seen, the famous Eagle perched on a cactus plant with a snake held in its arms.

The clock tower (with patches) shows statues of Faith Hope and Charity on top.

The West Bell tower with some sad looking bells and statues of some Popes on the top?

The lampposts were lovely

At the beginning of the previous century, there was some serious anti clerical movements in Mexico. Looks like these carvings were defaced around that time..

The doorway arch was covered with anti pigeon nets but had some rubbish inside..kindda defeats the purpose

I head inside the cathedral through the main doors

A rather unassuming font at the door.

Quite imposing when you get in, eh? This is the East Aisle

I tell you, in some places, the gold and gilt have run amok, I turn left

These 6 statues of various saints are hung around the main door.

Next to this is this extraordinary sight

People pin little metal icons of various bits of the body which are afflicted and need to be made good with divine intervention. Most amazing and a bit humbling.

This is the Altar of Forgiveness. Did you know that people who were condemned to be executed during the Spanish Inquisition were brought in front of this altar and they begged for forgiveness before being taken off to be executed. No wonder it felt so cold.

The Crucified Christ wore this strange green cloth around its nether regions.

The familiar image of the Virgin of Guadeloupe and I have now reached the West Aisle.

And we arrive at the Chapels. These chapels were funded by various guilds and are sumptuously appointed.

I was too early so most of the chapels were closed but we don't let a small thing like closed gates stop us from taking pics, eh?

The insides of the chapels were seriously encrusted with baroque decorations, statues, paintings and the lot.

And then this sight. This is the chapel of Raymond Nonnatus, a Catalonian Spanish Saint 1204-1240. He is the patron saint of childbirth, midwives, children, pregnant women and priest who want to protect the secrecy of confession. So where are all these locks coming from? He was trying to ransom Christians from the Moors and then he ran out of money. So the Moors drilled a hole through his lips and padlocked them together to stop him from preaching. Holy Moly. So you put in a lock in here to stop gossip and rumours. Also to keep secrets, etc. etc. Fascinating story.

A side chapel opens up but I cant move there…its barricaded up :(. That is the West Entrance you can see in the corner behind the cupboard kindda thing. So I move back.

A statue of Christ with bleeding knees..

This chapel had so much gold and gilding that it actually hurt my eyes..wow

More paintings on the side of this gilded chapel.

A sort of a balcony is running up there with these carved undersides and gilded statues with Christian paintings..no clue what they are relating to..

Hmmmm, what’s this about then?

Another chapel with amazing gilded work

Back at the end

Looking up at the cupola

the covering on top of the pulpit, that is serious

And another one on the other side

The chandelier is beautiful.

the chapels have the names of the chapel on top, this one is broken

Another painting but this time with the little brass icons..touching, these little elements of faith, you can just imagine the emotions of the pilgrims who have pinned these little brass pieces up praying with all their hearts for their loved ones to get better.

I am now moving across to the East aisle. And the familiar plaque to John Paul II is here, he visited here very regularly, eh?

The base of the piano, again very well decorated..

Looking up at the imposing piano, there are two here, I didn't realise.

This is the Altar of the Kings, and it has various statues of Sainted Kings and Queens. Fascinating.

Another view of the piano.

This is the chapel of the Lady of Guadeloupe. One of the 3 chapels which were open. Pretty impressive stuff, eh? Shows the shepherd who actually saw her with the cloak and and and.

Another chapel, check out the structure on the right, it is so heavy and thick! amazing.

The floor is polished heavily, but you can see how the floor is wavy..the church has been constructed on lake ground and keeps on sinking little by little.

Another couple of chapels which were open but I didn't go inside, people were praying inside. I then left to go out.

The building can do with a bit of cleaning, that’s not good.

I notice these glassed over floor tiles

And peeking in, see these bones. What on earth?

An organ grinder in operation.

A real life one…

I wasn't sure what this was all about but when I got home, I goggled this. Here’s the link. The line at the bottom of the plaque is supposed to link to the Aztec calendar (yes, of the doomsday fame and which I blogged about earlier). This says, “reference line to replace the lower tangent to the Aztec Calendar". Heh, funny.

The west view of the tower.

And of the cupola

Quite a nice architecture up there, no?

The Cathedral is falling about…and it has been repaired, see?

This is the west side of the cathedral

Old Pope John Paul II with a serious statue up there.

The West entrance is a bit more understated with these 4 rather unprepossessing statues of the 4 Apostles.

A giant plaque on the left, not sure what this was about

Then the entrance to this little unit..flanked by two statues of two worthies. The chap on the right reminds me of Boss Gallo, the leader of the Gungam’s in Star Wars. no? 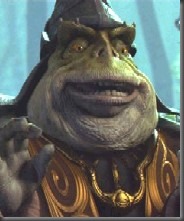 I peered over the fence on the western side..shopping arcade?

More repairs to the walls

And these look like an attempt to sink some heavy weights into the ground to stabilise the foundations..

The closed south door, lovely carvings on this side, the north door obviously came off worst..

Walking across to the tabernacle

Really could do with a lick of paint

The imposing facade of the Tabernacle.

Inside it was more sedate

with some beautiful work above the altar

Walk out on the pavement, giving a bit of a wide berth to a little doggie accident

Looking at the Tabernacle view again

Another view of the lovely lamps

I move couple of streets down and get to the Church of Santo Domingo. The plaza is a good place to sit and loiter with a statue of Josefa Ortiz de Dominguez, a freedom fighter. But enough already, I head back to the Zocalo as I have not yet done with the Presidential Palace.

Posted by Bhaskar Dasgupta at 07:06 No comments: