We were invited to the end of term Diya’s Fairytale Waltzing Ball. The full slide show is here.

And the room was heaving with princesses. So I tweeted:

There is a flock? Pride? Group? Gaggle? Herd? Of princesses? http://twitpic.com/1c69po

Bang came the reply: none of tbe above, bhaskar. it's a garden :)

This is Cinderella. One of the teachers. The other teachers were dressed up as dwarves. Diya’s two teachers were Doc and Grumpy, I think.

There were three sections who were dancing the waltz. We were waiting patiently for our turn.

Diya herself is one of the shortest and she got paired by a boy who was even shorter. Plus to see him with a beard and mustache makeup was really funny. But I felt very jealous, a little shit of a boy actually dancing with my little princess? I actually wanted to go and shove him off and then dance with her.

Going around the hall.

Lets just say there was more swaying than dancing.

End of the dance and the teacher is biting her nails. lol. The videos are shown here. 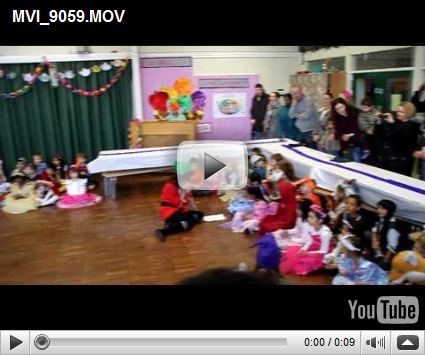 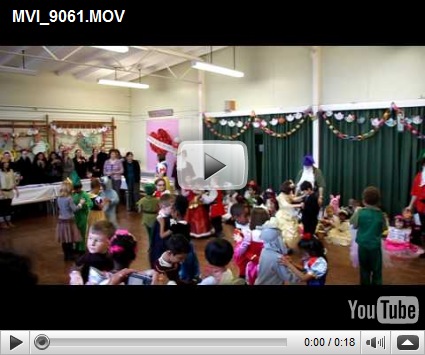 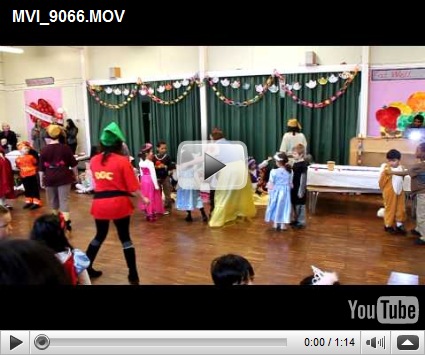 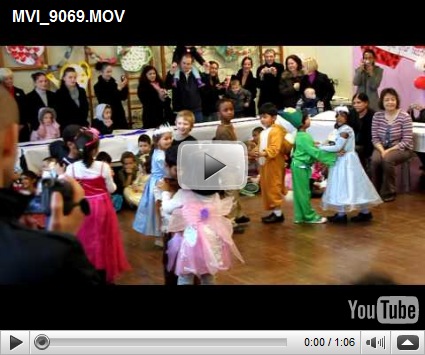 Posted by Bhaskar Dasgupta at 00:36