Aug 2013: How coins came into being and evolved

Coinage emerged around the 600-700BC and to learn more about it, I popped into the British Museum to hear a lecture on this.

these are Electrum coins about 650 BC from Lydia (which is in Turkey now). The lion head is some kind of a royal symbol, the other side has punch marks (more of this later).

these Electrum coins are from Ionia from 650 BC. Simple designs.

The earliest Gold and Silver coins from Lydia, attributed to the legendary King Croesus about 600-550 BC. Shows lions and bulls.

these are early Persian Coins, 500-450 BC. Cyrus the great conquered Lydia in 547BC and gained access to Lydia’s coin mint. The left is the siglos in silver and on the right is a gold coin called as Daric after Darius. Showing the Persian King as an Archer.

Then the Greeks got into it and spread across the Med. Silver coins from 570-500BC. Makes perfect sense, having coins makes trade and economies work so much better.

China got into the act around this time as well, but there they used coins of various shapes as you can see, and these were made up of Bronze.

the Indians got into the habit as well, made by cutting sheets of silver into pieces and punching symbols on them. This is from Magadha (yes, that Magadha) around 350-300BC.

these are Mauryan punch marked coins from 269-32 BC when the Mauryan Dynasty formed and a single currency was formed. these were used during Asoka.

these coins are from 400-350BC, mainly found along the ancient trade routes. Each region had its own weights, style and punch marks.

curiously, money changers (shroffs) marked original coins with their own marks to attest to their acceptability and authenticity. the one on the bottom has been marked 16 times and twice by one Shroff (is that where Sheriff came from?) These coins are from Kashi from 500-450BC.

these were found in the western Persian Empire and Gandhara in Afghanistan and Pakistan around 500-450 BC.

Back to the Greeks then.

These are Grecian and Sicilian coins and amphora handle with puns. In Melos, an apple was used, while in Rhodes a rose was used. Zancle, a city founded by Green Colonists in Scicily incorporated the sickle shaped harbour :)

And then the owls of Athens, showing the head of Athena on one side and owl on the other side. 450-406BC.

It was funny to see these coins of the Achaean League from the Peloponnese around 280-146 BC. Just the other day, I was re-reading Thucydides and these coins brought the dusty stories alive. You can see the head of Alexander, Pegasus etc. etc. People were using these silver coins to transact for onions, vegetables, paying mercenaries, buying pottery. Amazing feeling, I fogged up the glass trying to get deeper into it.

how coins were dated….

these are coins of 22 kings and 2 queens from Gandhara (Pakistan and India) around 150 BC.

And another historical set of events comes alive. These were choins struck by Carthage, with an inscription in Punic. 400-300 BC. But Carthage will not fall for many moons yet.

this is a coin from Vadfradad, Fars, Iran, 280 BC…pretty intense and regal, eh?

A coin of a Parthian King 80 BC. The Parthian Shot (or the parting shot…) remember?

And now for the old Romans…

A military dagger around the time that Julius Caesar was killed and 2 coins which celebrated Brutus’s part in the murder.

How the coins of Nero were accurate, showing his gradual ageing and thickening..

The El Amarna Hoard from 1352-1336 BC which has bars of gold, silver, rings, etc. these formed currencies as well, but not in specific forms but actual weights.

these are gold dinars of the Sasanian dynasties. AD 309-80.

Gold bars with purity stamps. but they were also forged. the coin is forged.

Coins used in Jerusalem, AD 38-9. As the note says, every adult Jewish male had to pay half –shekel in tax like these coins. thus you need bankers / money changers in the Temple to help in this taxation business as mentioned in the Bible. So you can therefore figure out that Jesus was one of the earliest “occupy” protesters when he went and threw a strop.

What an amazing thought to see bible stories come to life…

A sculpture of Hariti -  a mother goddess and Panshika – Buddhist God of Wealth, Gandhara, AD 100-200 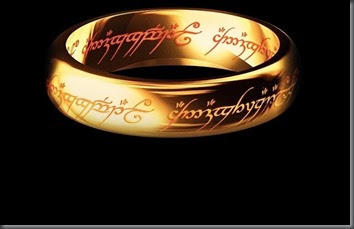 this is bloody spooky. the vase on the left is from Afghanistan 178AD, it contained 66 coins dedicated to the Buddha by Vagramarega. But that's not the spooky thing. Look at the script. I have included a photo of the ring to rule them all on the right. The similarities are spooky. Sauron and Buddha? the mind boggles.

this was quite nice, the contents of a Roman Soldier’s purse who was fighting in Dorset around AD 41-50?

Curious. This is a coin from Mohammad ibn Sam, 1192-1206 AD. who led quite a lot of expeditions to India. His coins showed a goddess. A Hindu Goddess. That’s because the general populace trusted Gods more than Kings..the images of the goddess of prosperity can be seen on coins from Kashmir to Afghanistan down to Madhya Pradesh. trusted..

A Byzantine coin showing Heraclius and his sons wearing crowns with crosses.

Ottoman Era coins. That’s a tugra, the sultan’s signature. Mustafa II on the left and Mahmud I on the right. 18th century.

Gold Mughal Coins from India, 1556-1605, with Persian couplets on the coinage.

Here’s the lecturer who was talking to us about this wonderful history.

One of the first bank notes from Ming Dynasty, 1375 AD.

When you dont control inflation….

A great coin counting board :)

all in all, this was a lovely couple of hours spent around in the coins gallery. Fascinating stuff.

Posted by Bhaskar Dasgupta at 06:29