I had to go to Mexico City for couple of days and while the schedule was absolutely jammed, I did manage to take some photographs. Next time I am going to try to go there with some time in hand so that I can pop out to the pyramids, I understand it takes a day out. Anyway, here’s the lot

The entrance to the hotel and a flower arrangement

There were an extraordinary number of police cars, I have to admit. And tons of them just going around with sirens blaring. Never seen so many police cars, with perhaps the exception of Washington DC.

Ok, horas, I can do that

A nice restaurant where we had our dinner, after the damn taxi driver got us lost 3 times and got driving over half of Mexico City.

The hotel where we were staying was on the crossroads where this Statue to the Angel of Independence was established.

The office was on the other side, so vey convenient.

Street vendor but she was also asking for money, a significant number of people on the crossroads were begging. Not a good sight.

Lovely dresses in the hotel shop. But, hey, what’s with the faces?

Hmmm, this bears further investigation. Well, its a Mexican thing, this idea of death.

The luggage carts had security cords. Found it very funny.

There’s the old monument with a statue of Liberty on the top. There are four bronze sculptures at the corner symbolising Law, War, Justice and Peace. The Lion and child are supposed to represent strength and innocence of youth during War but docility during peace. I did not realise Lions were ever in Mexico. ANyway.

This is a group of figures of the hero's of the war of independence. Inside this door, at the base of the monument, are many of the hero’s who have been interred here. This monument was made in 1910 and the outside stone structure has the names of many hero’s inscribed. You can actually climb up to the top, but I wasnt going to do that.

It was full of old wrinklies in traditional European clothes. Its quite obvious that the local inhabitants got a bit of a heaveho and it was the local grandees who kicked out the old grandees from Spain. Mexican history is a fascinating mish-mash and shows wonderful twists and turns. But I am not that close to it to know the various grandees shown on this monument. Something for my to be read pile.

Moving a few feet down the main boulevard, its lined by more grandees and statues of vases. You can see the European influence in this area.

The moon was out above the construction cranes.

This was a church, i think, but it was too late, couldnt pop in to see.

Strange outgrowth there on that building on the left. And you have the moon reflected on the glass pillars.

And the familiar car clamping in front of a restaurant called as Les Moustaches. How nice, lol.

The angel at night.

Then we went for dinner the second night at this club which was on top of the tallest skyscraper in Mexico city. Very nice and very squish. The club that is. The views werent bad either.

Peeking out of the hotel room window, one could see this view.

A glass fronted building and Another view of the buildings. 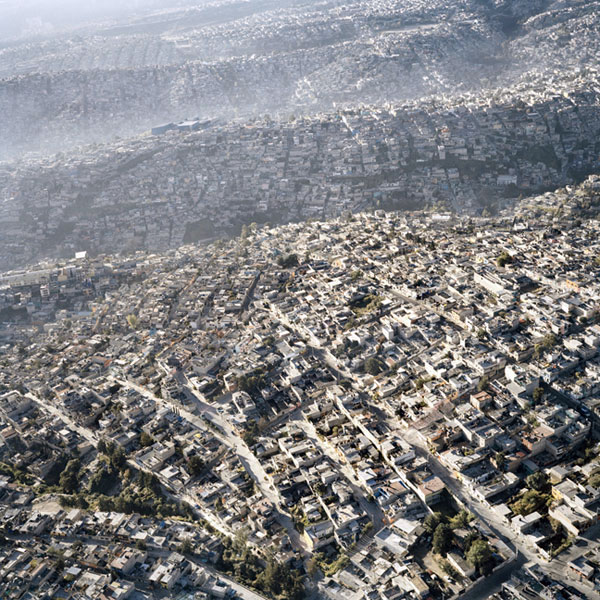